I thought I should write, even though I have no real idea what to say.

Summer is going alright. In a few weeks, my mom will be come out here for her birthday. We’re going away for the weekend, then she’ll see the boys for a day and some before heading home. Before she gets here, Chris & Ashley get here for a visit. I’m really hoping to get some alone time with them, but I’m unsure what they’re plans look like. Plus, I know we will pale in comparison to little Genevieve. I just need to show Ashley this is where they want to live! 🙂

The kids and I are heading to the Botanical Gardens at Chatfield on Friday. I hope we can get some cloud cover, so it won’t be too hot. Colorado hasn’t had enough rain yet this year, and we’re breaking the record for most consecutive 90+ degree days.

Do you know how disappointing it is to anticipate a movie, and be let down? I had moderate hopes for The Ex, because the cast is so awesome, and even with moderate expectations, I was left feeling I wasted 90 minutes. I am going into my next movie rental with moderate expectations as well, since the back cover does not describe the book I read at all! What book/movie? Breakfast At Tiffany’s. I hope to be proven wrong.

My Beth Moore study is still going well, very insightful. I’ll end up missing tomorrow’s meeting because I have a much needed doctor appt. I’m sure I’m fine, I just need to get an issue resolved.

I’m going to close with a quote from Arrested Development (the movie is due out next year!).

Michael: The only thing I found in the refrigerator was a dead dove in a bag.
Gob: You didnt eat that dove, did you? I only have 6 days to return it. 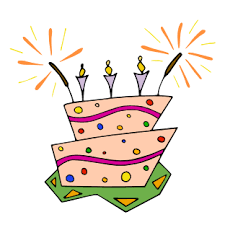 Here are the special people this summer…

Man, it is hot! Allergies have been plaguing half the family, so we’ve given up on opening windows and live in the joy of A/C.

Last week, darling Lexi watched our two little angels (well, they were angels for her) and we went out to dinner & a movie. I know what you are thinking? What?! The Armstrongs already saw a movie this year. That’s right! Now we’ve seen two! We had a lovely dinner at La Creperie Cafe (where the portions were too big for me!), and then enjoyed Hancock.

Today I took the boys to the Denver Botanical Garden near downtown, and it was beautiful. The boys were happy to run around, but with the heat & crowds, we only stayed an hour. I’m hoping this summer to get out to their Botanical Gardens at Chatfield, and also enjoy an afternoon exploring Chatfield State Park (make some use of that park pass)

In tv news, I’m hugely disappointed to learn that Tom & Katie Scientologist are doing a guest spot on Eli Stone next season. Sigh, what can you do? I also missed out on seeing Top Chef come to Denver on the weekend. I had all intentions of crashing it, but it would have been impossible, since it was held in an trailer, and seats were limited to 40. According to the paper, the two chefs present were Antonia & Ryan from this season. That would have been cool, as I liked them on the show.

As you guessed, I am thrilled that Flight Of The Conchords was recognized by the Emmys this year. Their second season airs on HBO in January. I don’t get HBO, I’ll have to wither wait until it is released on DVD, or I could consider buying the episodes on iTunes.

I’m closing with a quote from The American President (Lexi, this one is for you)

Lewis Rothschild: I tell any girl I’m going out with to assume that all plans are soft until she receives confirmation from me thirty minutes beforehand.
Robin McCall: And they find this romantic?
Lewis Rothschild: Well, I say it with a great deal of charm.

I don’t know if you know how much I like to have iGoogle for my start page on my computer. I log on, and now I have a page that gives me weather, news and wiki-how- to’s. It got even better when sister Amy launched A Nickel A Day, a glimpse into Amy’s thoughts, updated every few days. Inspired by this, I started an Age Of Melissius widget. So much shorter than a blog, it’s easy to share a thought with whomever adds it to their iGoogle start page.

If you have iGoogle (it’s free), and want to add me, let me know, I’ll send you my link. If you don’t have a fun start page, rather you open up online and see MSN or something dumb, get iGoogle. You can adapt it to what you want to see.

Sunday afternoon we left to go camping at Golden Gate Canyon State Park, about a 75 minute drive from our place. Once we left our neighborhood, it started to rain, and continued off and on until we reached our campsite (J-91). The rain fell until we had the tarp and tent set up, then let off for a spell. This was not only our first camping trip with the kids, but our first alone. We’ve always camped with others, be it Geoff’s parents, or friends from CA (shout out to Eseras & Pursleys…we missed you!) We’ve spent the last few years collecting camp gear in preparation for this trip. We had nearly everything we could need by the time we left, and after the first day, I was wishing I had packed more clothes! It rained off and on the whole trip, but we managed just fine.

We ate a lot of yummy food, and the boys spent a lot of time exploring the campsite and forest around us. They got dirty, they fell down a lot, they played with sticks and rocks. Sleeping in sleeping bags and tents was hard at first, but they loved to roll around and be silly inside our huge tent. Elijah (along with Mommy & Daddy) wants to go back and rent one of the yurts there. It’s definitely a possibility.

Here’s a list of things we did…
Geoff did a trail run
Miles tried to eat pinecones dipped in mud puddles
Elijah made shapes with sticks, and drew pictures in the dirt
I had a great nap in the tent on a rainy afternoon
We ate fajitas, steak, corn on the cob, and bison burgers

Because the campsite was so close, and we really did enjoy it up there, we bought a parks pass. It’s good for a year, and I hope we can get back up there in the fall, though probably in a cabin or yurt, as I’m not sure all the sleeping bags we own could withstand colder temps than we faced.

Pictures are up on Shutterfly. I encourage all of you to get out and enjoy nature, if only for a day.

I’ve been waiting for July to get here forever! Well, at least since June began. July means Kroliks are here to visit (all too short a time), Lexi is here most of the month, and most exciting is our first family camping trip!

Last night we had the Kroliks & Gustafsons over for dinner. I made the fun suggestion of shish kebabs (or kabobs) for dinner. I was happy it was successful. I think the full house is a little overwhelming for Miles. He’s been having issues with big groups of people.

I am feeling good about the camping trip, if we can fit everything we want to bring inside Steve McQueen. The packing list is big,
but we aren’t so far away from civilization that we can head into town if we need something. This camping trip comes with some nervousness, but the key will be letting go, and being flexible. I will try to take pictures, and I hope this will be a good time for everyone.

I must confess I stopped watching Wimbledon when Andy got knocked out. Add to that my favorite girl retired before the French Open (Henin), and it wasn’t worth making an effort to watch. I do hope Federer wins today though. To get my fill of sports, we’ve been watching all of the Olympic Trials (swimming & track and field). I will know all their names come August. This does not mean I prefer Summer Olympics over Winter Olympics. I prefer Winter.

Alright, I have to eat breakfast, get on with my day. I’ll close with a quote from Flight Of The Conchords (this one is for you Geoff).