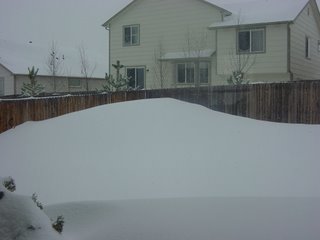 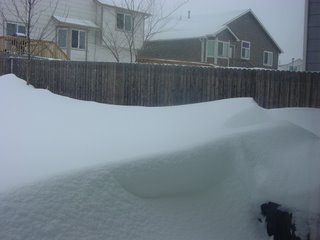 The backyard. You can barely see the BBQ. 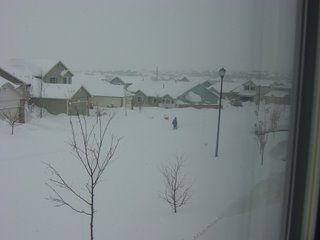 From the upstairs window, looking down the street. 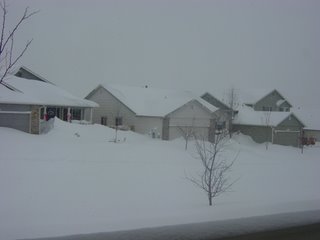 Yesterday’s pictures were taken about 3:30pm. These are from today at 11am. And the snow is still falling. The governor declared it’s a state of emergency. National Guard was trying to get people out of their cars on the freeway to shelters. But Geoff says it’s a storm in December, so there are no leaves on trees, no danger of power lines being knocked out by branches. We have power, we have food, we have warmth. We’re doing okay.

Our poor kids though. We’ll be talking about the Blizzard of ’06 for Christmas for years and years. 🙂

*Update*-pics of the blizzard are up on the Shutterfly album. See Geoff’s shovel work that took him 2 hours.